Rise has completed a compilation of the mine production data of the Idaho-Maryland Mine during historic operation from 1866 through 1955, the final year of production from the mine. The Company estimates that the I-M Mine produced a total of 2,414,000 oz of gold from 5,298,000 tons of mill feed and that the life of mine average mill head-grade averaged approximately 0.50oz/ton (17.1gpt). Total production for the Idaho-Maryland Mine is detailed in Table 1.   More details >> 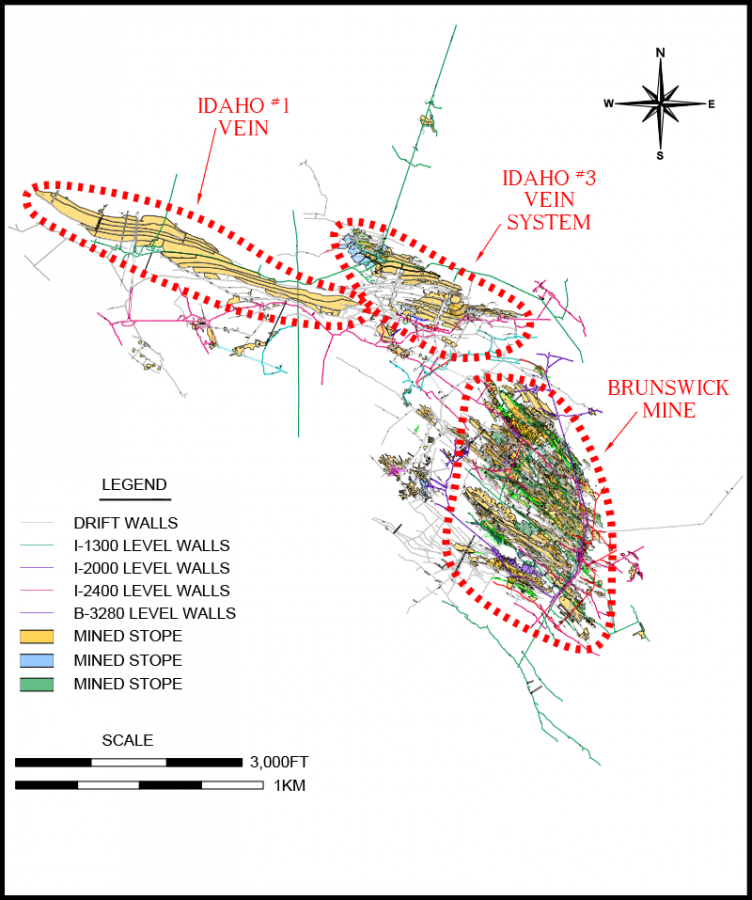 Detailed production information from the internal records of the Idaho-Maryland Mine are available for the period from 1926 through 1955. Whenever possible, mill reports were reconciled against financial statements and submissions by the Company to the US Bureau of Mines. Where reconciliation between documents was possible, only minor variations in production reporting were noted. In general, the Idaho Maryland Mines Co. appears to have been a well-run company with excellent record keeping. The entire library of documents is no longer fully complete but there is sufficient material to make an accurate estimate of historic production during this period. The following materials were used to prepare an estimate during the period from 1926-1955:

For the period prior to 1926 there were no internal corporate records regarding historic production. The qualified person believes this information is reliable but the source documents used by the authors of these documents are not available for reconciliation. The following documents were used to prepare an estimate during the period from 1866-1925:

Detailed records of metallurgical recoveries from the I-M Mine prior to 1924 are not available. From 1924-1930 gold recoveries ranged from 72% to 89% using a similar process to that used in the years prior to 1924. Lindgren (1896) estimated that gold mills in the Grass Valley mines averaged 75% metallurgical gold recovery but noted that the I-M Mine was unique in that it treated the tailings from its concentrates by secondary processes. The Company has assumed a metallurgical recovery of 85% for the pre-1924 processing at the I-M Mine which it believes is the best estimate possible given the information available.